The Heavy Bolter is a heavier version of the Bolter, analogous to a machine gun although proportionally more powerful due to firing explosive bolts.

The Astartes Mk IVa Heavy Bolter replicates the staggering firepower of emplaced weapons in a form portable by a mighty Space Marine. By planting his feet, the wielder can gain increased rate of fire and accuracy at the cost of mobility.

Heavy bolters are generally used for anti-infantry or fire support roles. It fires a round comparable to the size of a human fist, which is considerably larger than that of the standard bolter shell, with more propellant and longer range, making it capable of destroying light vehicles. Because of its high rate of fire, jamming is often a problem. Like all bolt weapons, heavy bolters require regular maintenance and ancient litanies to appease their spirits.

The most modern version of the heavy bolter in widespread use is the Astartes Mk IVc. The weapon goes through rounds very quickly using either a disintegrating belt or 40-round high capacity box magazine. It can be fitted with special ammunition or fitted with a bipod to be used in a sustained fire capacity.

Although suffering inaccuracy due to kickback during sustained fire, a heavy bolter will not have its aim climb in the way of a Storm Bolter. This gun will suffer from drop-off in damage due to distance. Up to 50 Meters the rounds will be at 100% effectiveness. From 50 to 75 meters the strength will continue to diminish: from 75 meters onwards it is considered 'maximum range' and will have 80% effectiveness. 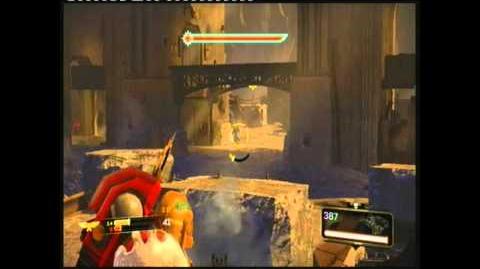 Add a photo to this gallery
Retrieved from "https://spacemarine.fandom.com/wiki/Heavy_Bolter_(Space_Marine)?oldid=11455"
Community content is available under CC-BY-SA unless otherwise noted.