The Lascannon is a formidable weapon, capable of piercing most vehicle armour and killing powerful and heavily armoured troops. The fact that it has a slow recharge and expends its power in a single blast against a single target makes the weapon a poor anti-personnel weapon against hordes of massed infantry.

The Astartes MK VII Lascannon fires a charged energy blast along a powerful laser and can cut through almost any armor at extreme range. Features a powerful optical scope with variable magnification. The Lascannon does 100 damage to shields or health with a shot to the body. A head shot will more than double the damage to 225 damage, killing most classed instantly. 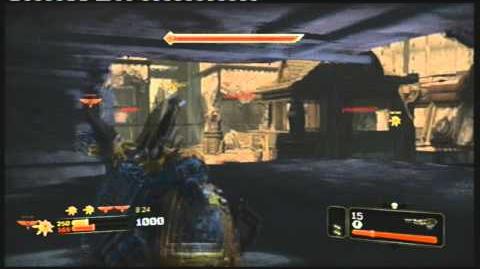 Retrieved from "https://spacemarine.fandom.com/wiki/Lascannon_(Space_Marine)?oldid=11605"
Community content is available under CC-BY-SA unless otherwise noted.