The Plasma Cannon is a heavy weapon that uses the same potent, arcane technology as the smaller Plasma Gun and Plasma Pistol. It fires super-heated globules of hydrogen-based plasma that detonate upon impact, causing extreme damage. Like its two smaller counterparts, it can be charged up to fire an even more devastating blast, powered by 25 units of the weapon's energy stores, but capable of killing even power armored Astartes outright. Charged shots will also leave a burning plasma residue.

The MK XIII Plasma Cannon unleashes a succession of explosive charged blasts, able to penetrate enemy armor and obstacles. Standing at the epicenter of the blast, a single plasma explosion will do 60 health, or 120 damage to armor. This is a medium speed projectile traveling at approximately 71 m/s. By holding down the fire button, the user can also unleash a devastating charged shot which travels at a much slower 26 m/s. This has an effective radius of approximately 15 meters, with nearly every class being killed outright within 12 meters. A direct hit from a fully charged shot will kill any class except a Dreadnought: against this armor a charged shot does 15% (or 4 x that of a normal plasma blast). Both normal blasts and maximal charged shots arc due to gravity, which necessitates aiming high to compensate, but also allows an experienced Devastator to arc shots over cover to some extent. 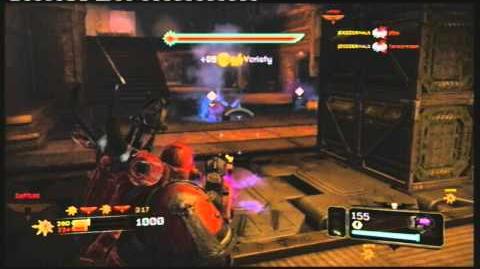 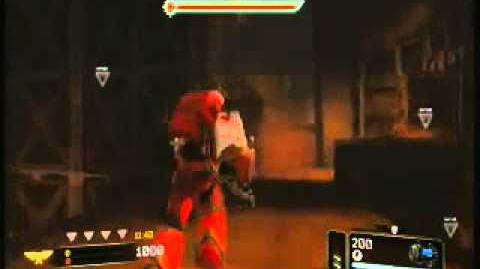 Add a photo to this gallery
Retrieved from "https://spacemarine.fandom.com/wiki/Plasma_Cannon_(Space_Marine)?oldid=11458"
Community content is available under CC-BY-SA unless otherwise noted.